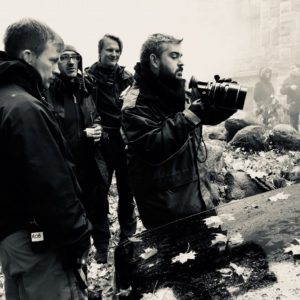 Born in London, Andrew Desmond is a British film director based in Paris.

After attending the ESRA (Ecole Supérieure de Réalisation Audiovisuelle) film school in Paris and obtaining a Master Degree in filmmaking at Denis Diderot University, he went on to direct a handful of music videos, commercials and several short films including the multi-awarded science-fiction film “Entity”, which was screened in over forty film festivals around the globe and broadcast by several TV networks.

“The Sonata” is his first full-length feature film.